The month of October has seen people and organizations across the country standing together to raise awareness of Domestic Violence (DV) and Breast Cancer.

AAPCI teams were encouraged to wear either purple (for domestic violence) or pink (for breast cancer) or both to show their support.

National Domestic Violence Awareness Month (DVAM) is a time to honor victims and raise awareness about the devastating impact of domestic violence. According to NYC.gov, “The NYPD responds to approximately 230,000 domestic incidents annually, or nearly six-hundred calls a day.” AAPCI supports homeless survivors of domestic violence and their children at our two DV shelters, Serenity House and Renee Steedley.

During a celebration at Serenity House, one of our DV Counselors read a poem by Alexandra Vasiliu, author of BLOOMING: 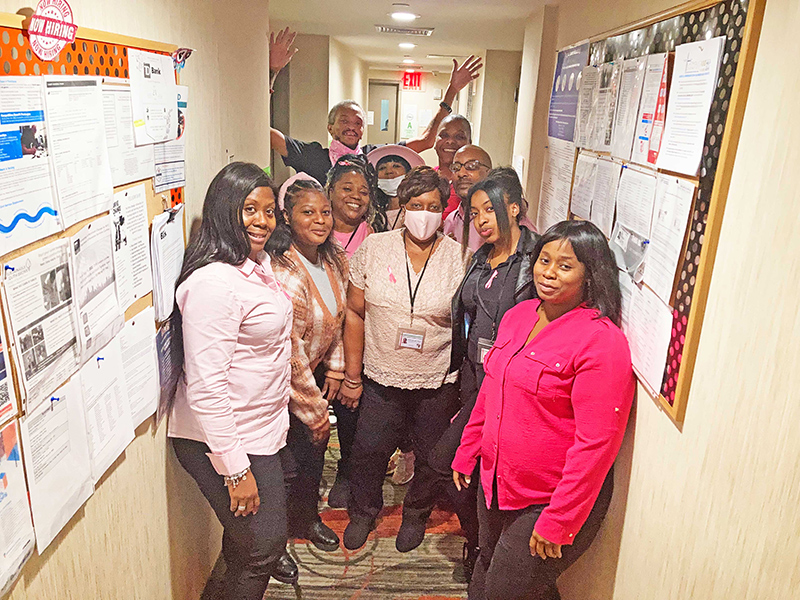 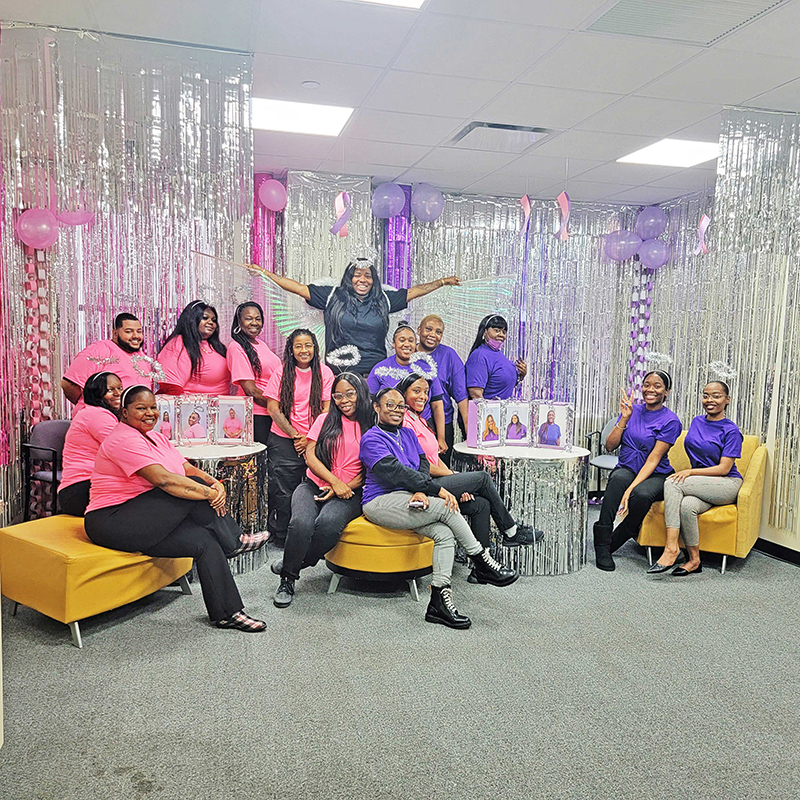 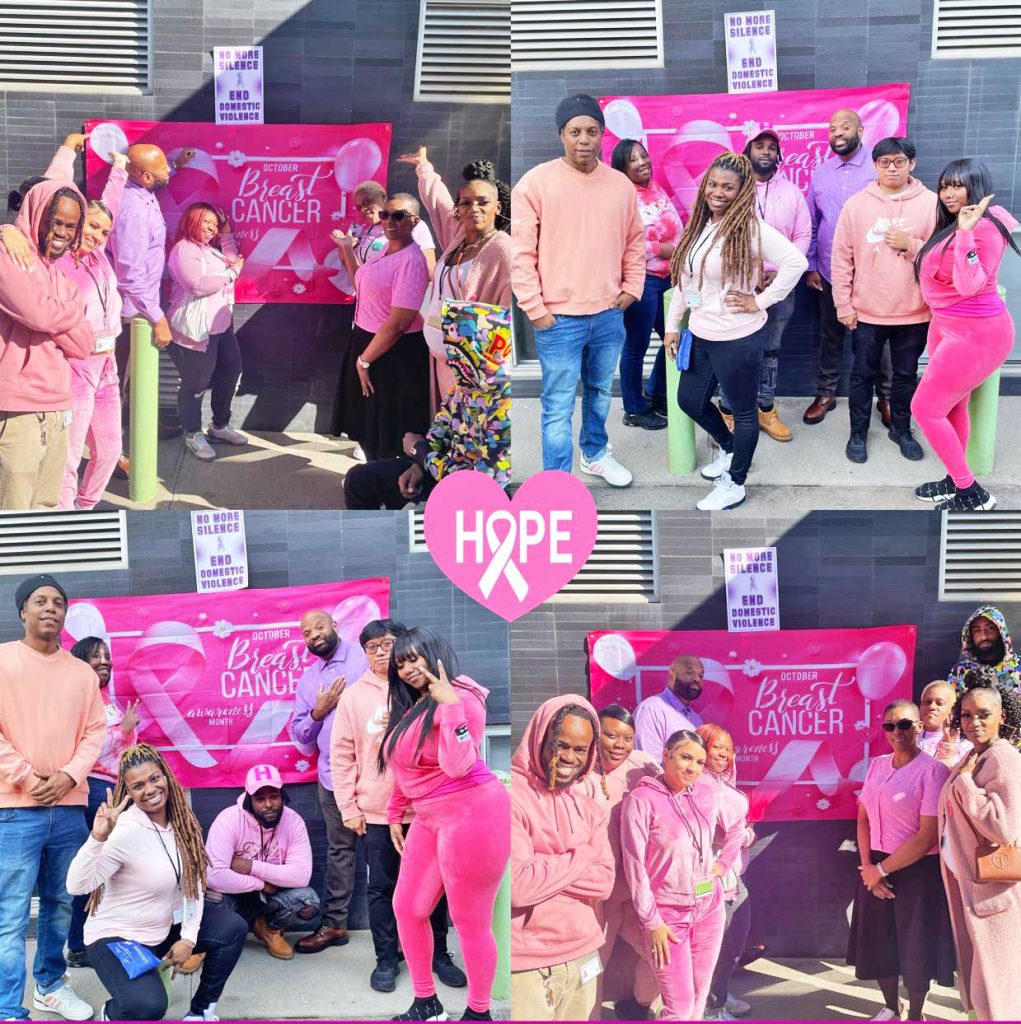 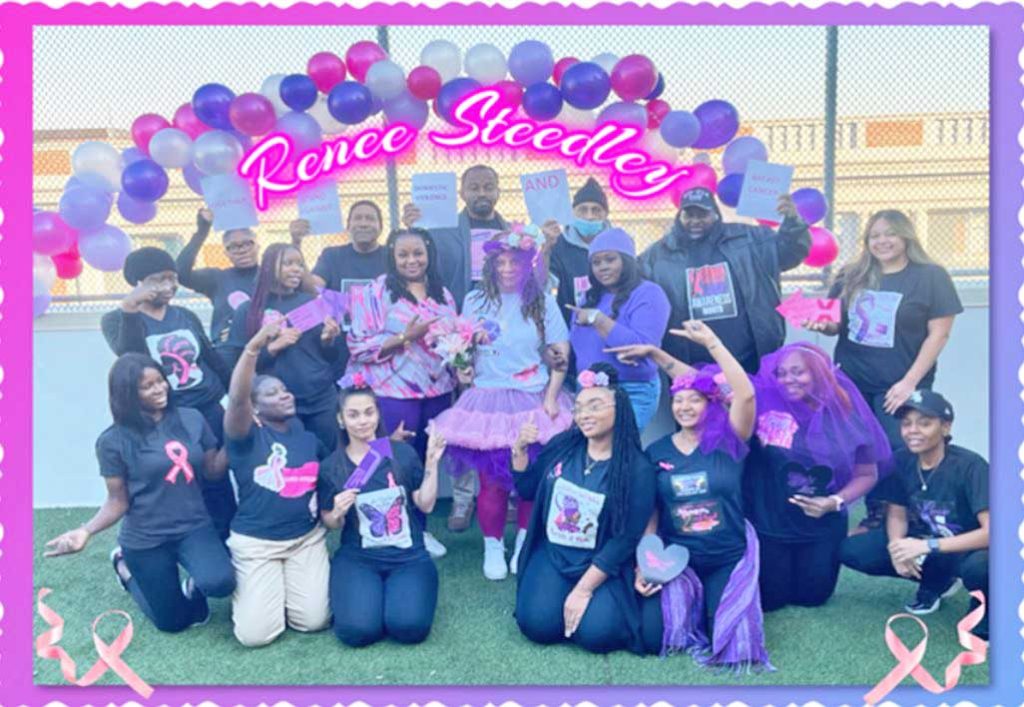