Why was it named Serenity House? 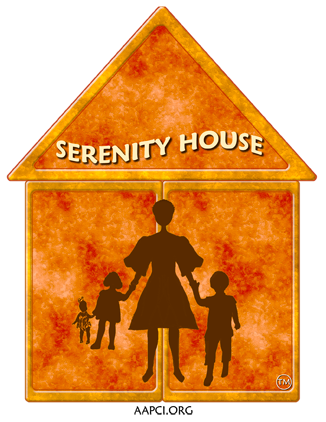 “Chenda,” not her real name, was a very close friend and college classmate. Many of our fellow classmates often thought we were a brother and sister team. We were part of a debate team and took public speaking classes together. We often discussed our life goals and aspirations, had many heated discussions about Black culture, classroom discussions about race relations in America, parenting, religion, and other things of mutual interest. I fondly remember that all our debates were without resentment toward one another’s point of view. We had a mutual respect for one another. We agreed to disagree and we both understood our cultural differences!

She would often say: “Matt, I wanna be like you when I grow up. You have such a big heart, are so very giving of yourself but way too trusting of people. That may end up being your downfall. You are such an “old soul” to be so young.”

To this very day, I have never quite understood what an “old soul” is.

We often discussed her plan to build her forever home in her native South Carolina. She envisioned naming it “Serenity House” – a place of peace and tranquility. She often joked that it would be built on ten sprawling acres and would look something like “TARA” from the movie, “Gone With The Wind” – one of her favorite movies.

Chenda was happily married with three children – at least so it seemed to those who did not know her personal circumstance – but the reality was that she was a victim of spousal abuse. Many of us noticed the black-eye hidden behind dark colored designer sun glasses, the broken nose, and broken arm which she almost always attributed to a fall.

I didn’t know how to help my friend or what to do, but respected her wish to “stay out of my personal life… I can take care of myself…”

In June of 1987, Chenda was murdered by the man who had vowed to love and protect her – her estranged husband – two days after receiving her college degree.

Serenity House is named in her honor and in memory of all the countless Chendas (both men and women) who are victimized, used, abused, and killed by their significant other.